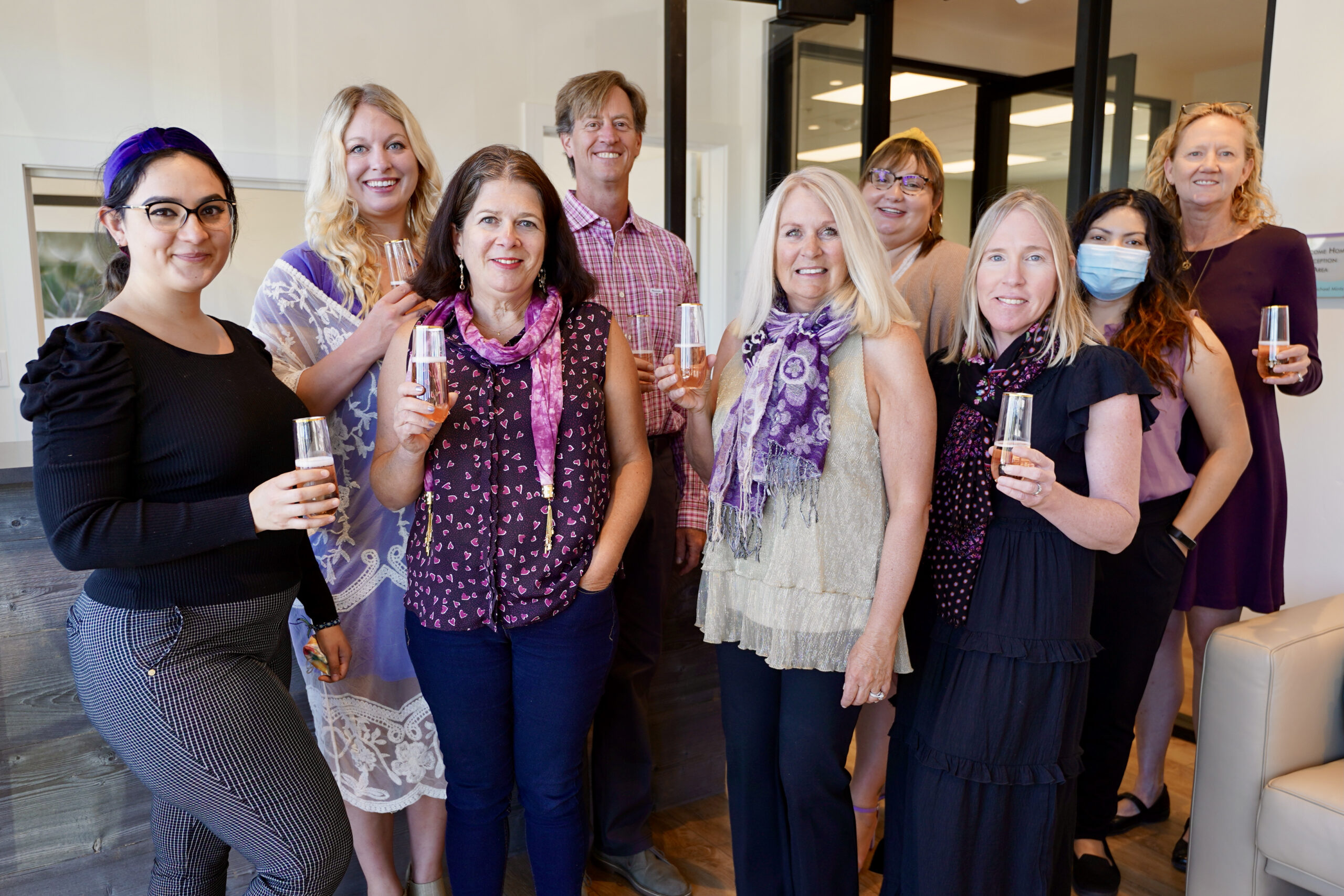 Bright Future Foundation, operator of the BrightHouse in Gypsum, is thrilled to announce the newly completed domestic violence shelter has received the Purple Ribbon Award for Program/Shelter of the Year. Bright Future Foundation board member Doe Browning also received the distinction of Board Member of the Year, as awarded by Theresa’s Fund and DomesticShelters.org. The announcement comes on the heels of the recent grand opening of the BrightHouse shelter, which culminated a yearslong effort to build a permanent facility for victims of domestic abuse and sexual assault in Eagle County. In early August, Theresa’s Fund announced the winners of the 2021 Purple Ribbon Awards across 28 categories, as judged by a national panel of respected professionals from the domestic violence field. The Purple Ribbon Awards are the first comprehensive awards program honoring the countless heroes of the domestic violence movement, including advocates, programs, shelters, survivors and members of the community support system. Winners include entries from the United States, Canada and Puerto Rico. The BrightHouse replaced the outdated Freedom Ranch safehouse, which had served victims of domestic violence in Eagle County since 2002. The multiyear campaign to raise the needed funds, more than $4 million, and secure a viable site location was initiated by Browning’s lead gift of $1 million. “This is an honor beyond belief,” said Bright Future Foundation CEO Sheri Mintz. “Bright Future Foundation was chosen for our comprehensive client-centered prevention, intervention and long-term healing services as well as the trauma-informed design/service delivery of BrightHouse.” The BrightHouse has the capacity to shelter 24 victims of violence. The facility is intended to provide temporary, emergency housing while Bright Future Foundation staff advocate for victims to secure permanent and safe living arrangements. All of Bright Future Foundation’s services will be available on-site, including advocacy, housing support, and behavioral health. The facility is monitored by a state-of-the-art security system and is under 24-hour surveillance. Bright Future Foundation chased a half-dozen sites before landing on the final location, and it turned out better than the organization could have hoped. By building the structure from the ground up, the BrightHouse is more “purpose-built,” which will better fulfill the needs of residents, staff, and the organization as a whole. “The facility was carefully designed to provide opportunities for interaction between the guests,” said Bill Pierce, project architect. “There are several different locations for that. That is a very big portion of the healing process — to be able to speak with others that are in the same situation.” In addition to Browning, other major donors included Eagle County and the Colorado Department of Local Affairs. Community members Oscar Tang and Dr. Agnes Hsu-Tang topped off the campaign with a $400,000 challenge match, which was completed in the fall of 2020. Screenwriter, actress and filmmaker Angela Shelton will emcee the Sept. 15 virtual celebration of all entries and the live reveal of the entries set to receive up to $30,000 in total grants. “This is a major step forward in the domestic violence field that I’ve had the privilege to be part of since the early 1980s,” said Rita Smith, Theresa’s Fund’s vice president of external relations and an internationally recognized expert on the topic. “So many people have poured so much of their professional lives into helping victims and ending domestic violence, and it is so good to see these incredible efforts deservedly being honored on a national basis.” Originally published in the Vail Daily- https://www.vaildaily.com/news/bright-future-foundation-honored-with-purple-ribbon-awards/