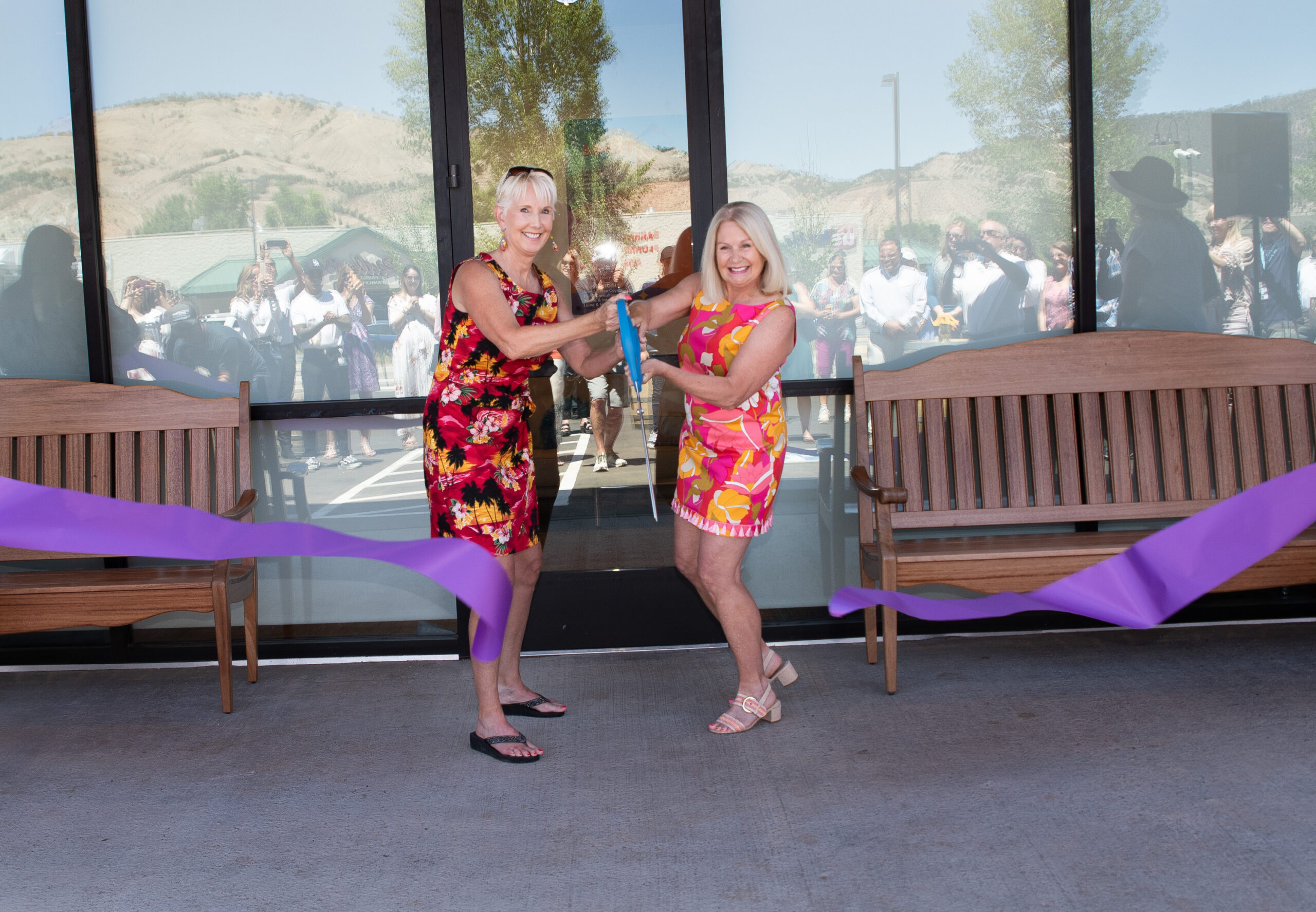 A yearslong effort to create a permanent shelter for victims of domestic abuse in Eagle County was celebrated with a ribbon-cutting ceremony and housewarming party in Gypsum on Wednesday. The Bright Future Foundation, which operates the shelter, welcomed leaders and contributors from around the community who were involved in the long-awaited, multimillion dollar project.

It’s an issue not easily discussed and often overlooked, but for the staff and supporters of Bright Future Foundation, it’s part of their daily work to make Eagle County a safer place for victims and their families.

The BrightHouse replaces the aging Freedom Ranch safehouse, which has served victims of domestic violence in Eagle County since 2002.

“The Freedom Ranch Safehouse served us really well, but times changed, and our board decided that we needed a facility that is more trauma-informed,” said CEO Sheri Mintz.

The BrightHouse has the capacity to shelter 24 victims of violence. The facility is intended to provide temporary, emergency housing while foundation staff advocate for victims to secure permanent and safe living arrangements. All of Bright Future Foundation’s services will be available on-site, including advocacy, housing support, and behavioral health. The facility is monitored by a state-of-the-art security system and is under 24-hour surveillance.

As part of the housewarming ceremony, Bright Future welcomed Brooke Axtell, writer, speaker and survivor-advocate. Axtell is the founder and director of She is Rising, a healing community for women and girls overcoming rape, abuse and sex trafficking. Axtell’s work as a human rights activist led her to speak at the 2015 Grammy Awards, United Nations and U.S. Institute for Peace.

“I had an opportunity to tour yesterday, and I was so deeply moved thinking about the survivors that will come here with their children to receive care and compassion,” Axtell said. “Everything is so thoughtfully created to honor them — to not only provide them what they need for their healing and their safety, but to affirm their dignity. … This is a place of hope. This is a place of peace, and this will be a haven in the community.”

Bright Future Foundation chased a half-dozen sites before landing on the final location, and it turned out better than they could have hoped. By building the structure from the ground up, the BrightHouse is more purpose built, which will better fulfill the needs of residents, staff and the organization as a whole.

“I’m so glad the five previous opportunities did not come to fruition because they would not have been anything close to what has been achieved,” said Jack Hunn, volunteer project consultant.

The BrightHouse will include common areas intended to engender community interaction, a children’s playground, a garden, and offices for counseling and legal services.

“The facility was carefully designed to provide opportunities for interaction between the guests,” said Bill Pierce, project architect. “There are several different locations for that. That is a very big portion of the healing process — to be able to speak with others that are in the same situation.”

The $3.5 million capital campaign to build the BrightHouse was initiated in the summer of 2017 with a $1 million lead gift by foundation board member Doe Browning, and other major donors followed, including Eagle County and the Colorado Department of Local Affairs. Community members Oscar Tang and Dr. Agnes Hsu-Tang topped off the campaign with a $400,000 challenge match, which was completed in the fall.

“It’s a wonderful facility; it’s very sunny, and there are views in four directions,” said Hunn, “and it’s a very bright environment. So, ‘BrightHouse,’ I think, is a great name.”