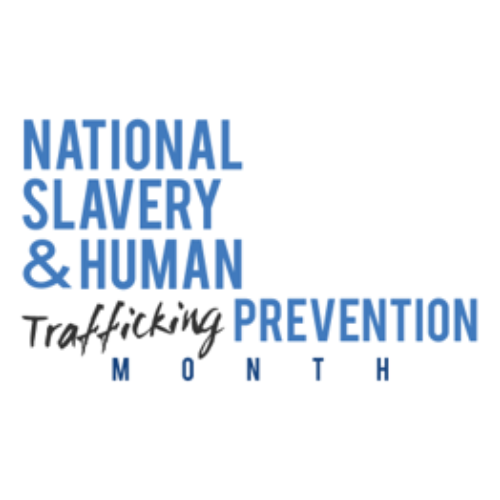 January is National Human Trafficking Prevention Month . Every year since 2010, the President has dedicated the month to raise awareness about human trafficking and to educate the public about how to identify and prevent this crime. The U.S. Department of State raises awareness of human trafficking domestically and abroad, through U.S. embassies and consulates.

One of Bright Future Foundation’s missions is to support victims and survivors of human trafficking. From the US Department of State website:

These key principles and concepts relate to all forms of trafficking in persons, including forced labor and sex trafficking.

Human trafficking can take place even if the victim initially consented to providing labor, services, or commercial sex acts.  The analysis is primarily focused on the trafficker’s conduct and not that of the victim.  A trafficker can target a victim after a victim applies for a job or migrates to earn a living.  The trafficker’s exploitative scheme is what matters, not a victim’s prior consent or ability to meaningfully consent thereafter.  Likewise, in a sex trafficking case, an adult victim’s initial willingness to engage in commercial sex acts is not relevant where a perpetrator subsequently uses force, fraud, or coercion to exploit the victim and cause them to continue engaging in the same acts.  In the case of child sex trafficking, the consent of the victim is never relevant as a child cannot legally consent to commercial sex.

Neither U.S. law nor international law requires that a trafficker or victim move across a border for a human trafficking offense to take place.  Trafficking in persons is a crime of exploitation and coercion, and not movement.  Traffickers can use schemes that take victims hundreds of miles away from their homes or exploit them in the same neighborhoods where they were born.

“Debt bondage” is focused on human trafficking crimes in which the trafficker’s primary means of coercion is debt manipulation.  U.S. law prohibits perpetrators from using debts as part of their scheme, plan, or pattern to compel a person to work or engage in commercial sex.  Traffickers target some individuals with an initial debt assumed willingly as a condition of future employment, while in certain countries traffickers tell individuals they “inherited” the debt from relatives.  Traffickers can also manipulate debts after the economic relationship begins by withholding earnings or forcing the victim to assume debts for expenses like food, housing, or transportation.  They can also manipulate debts a victim owes to other people.  When traffickers use debts as a means to compel labor or commercial sex, they have committed a crime.